As those of you who obsessively note down details about me will know, I’m living in Prague, the capital of the Czech Republic, at the moment. In order to make money and fill my days, I’m splitting my time between teaching English, working on a reception, translating, and (this is what eats up the most hours but brings in the least $) Sitting and Looking at Walls.

(Sometimes I wonder whether I publish too many personal details about myself on the Internet, but then I remember that a) most of my readers are related to me and b) no one cares.)

Whilst all of my different occupations are challenging in their own way, teaching English is certainly the hardest. For one thing, I never realised how much I rely on idiom and cultural reference to get my point across; for another, although I consider myself relatively fluent in English, being considered an expert on it is a bit of a stretch. Here’s an example: I just spent a few minutes saying

“Expert on English? Expert in English?”

out loud, trying to decide which one sounded more natural.

(Eventually, frustrated and exhausted, I googled it. According to a site called Learner’s Dictionary, they’re interchangeable, so all that vacillation was time well spent.)

To give you an example of my dubious English expertise, let me tell you about an advanced class I taught last week: we were talking about spelling, and we did a spelling test with some of those bastardish English words. The words were played on an audio track, so I decided to throw my hat into the ring and try my hand at spelling alongside the students. The results were… not ideal.

OK, I did do better than anyone in the class, but I didn’t get them all right. And, like, I’m a teacher. An English teacher.

Even though I do think I’m not the sharpest tutor in the mixed metaphor about tutors, I will say this for myself: I try really hard. As I would say to my mother, “I’m really trying.” And as she would hilariously reply, “Yes, you are very trying.”

One of the things I find most rewarding is when I bring something to classes that I think most other teachers wouldn’t have thought of – when I spice up the classroom with a little of my signature blandness, as it were.

Here’s an example: last week my advanced classes were looking at San Junipero, the episode of Black Mirror. The episode (spoilers ahead) deals heavily with the topic of euthanasia, a term I assumed my students wouldn’t know because I myself didn’t learn it until I was in Sixth Form, and it’s not usually included in language syllabuses.

To my surprise, however, the meaning of the word didn’t bother anyone: it turns out that the Czech translation is a cognate, both words having come from the same root.

What did flummox my students, though, was the pronunciation. After all, it doesn’t really sound a lot like it looks.

Then I remembered: youth in Asia.

Thanks, Ali G. Just another victory for Sacha Baron Cohen.

There are a lot of unexplained mysteries in the world: the Bermuda Triangle, crop circles, tofu, and the Mary Celeste, to name but a few. Sure, everyone’s got their own pet theories – and some confident souls clutching scientific equations, previously undiscovered historical documents, or curds made from coagulated soy milk might insist they’ve stumbled across the answer – but we’re still all basically in the dark about these intriguing enigmas.

Not that anyone minds too much: there’s something delightful about an enigma. It’s just human nature to be drawn in by riddles – how else can you explain the popularity of murder mystery parties, or those shit jokes in Christmas crackers? 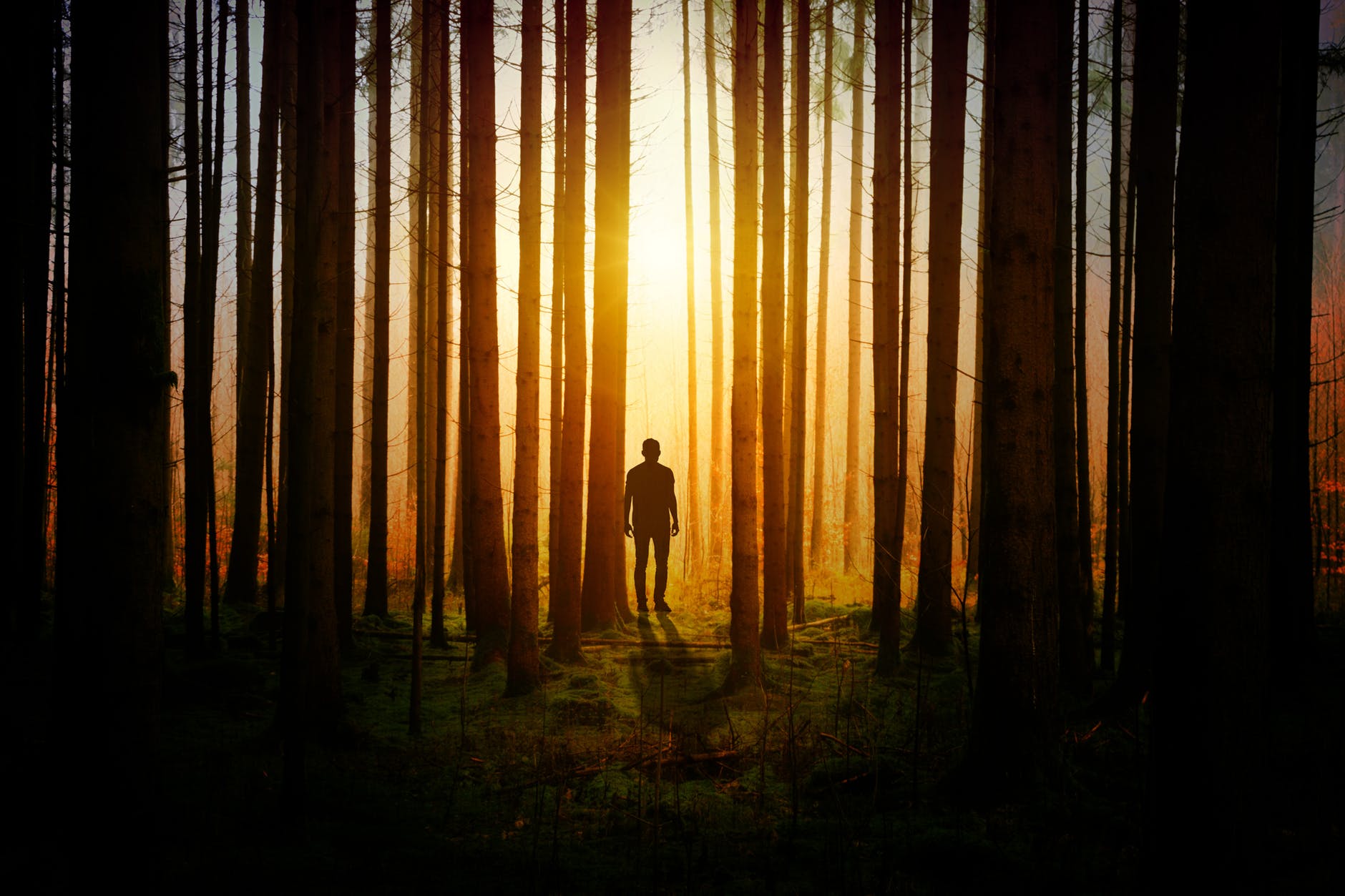 This is a stock photo I found by searching for “mystery”

To add to the expected head-scratchers, something both mysterious and inexplicable happened to me when I got home from work yesterday.

Let me set the scene: it was half past eleven, GMT+1. It was a crisp night, and I’d just navigated my way across a Prague heaving with the usual Saturday night crowd (ie mostly stag and hen does intoxicated by a mixture of a excitement, b cheap beer, c cheap absinthe, and d a little bit more beer). I was exhausted from a dramatic and challenging shift at the hostel.

This is the only picture of myself at work I have. Note the impressive 8.3 rating.

(The boiler had broken down and, as the closest thing to a Czech speaker on shift at the time, I’d been dispatched to the heating room to be remotely guided through the resetting process by the maintenance guy. (Phone conversations are so stressful that it took me a good five minutes to understand he was telling me to push the giant red button.) Also, a group of lads had been caught smoking out the window, and I’d accidentally given someone $50 worth of change rather than 50€ (ie grossly shortchanging them). But I digress.)

I got home, so exhausted from boiler/currency exchange drama that I could barely find the strength to put the kettle on. Little did I know that I was wearing this generation’s Loch Ness Monster on my feet (in terms of mysteriousness, not smell and/or plausible imaginariness); and yet – when I took my shoes off, there it was: a whole bunch of ground coffee.

How can I be sure it was coffee grounds and not, say, dirt or generic brown dust? Because, thanks, I think, to my extreme tiredness, I didn’t hesitate to smell the mysterious stuff, and recognised the aroma of everyone’s favourite socially acceptable addictive substance.

What the actual (sorry, Mum) fuck? Sure, I drink a lot of coffee and I’m pretty clumsy, but I’ve never spilt a drink so badly that it’s ended up in powder form in my shoe. This was something else.

Invigorated by the mystery (and, maybe, by the delayed effect of caffeine entering my bloodstream via the ankle), I fixed myself a steaming mug of Horlicks, installed myself at the kitchen table and, equipped with pencil and extra large receipt, made the following list of theories.

We’ll never know what really happened, of course. Surely heads will be scratched over this particular mystery for years to come.

[I didn’t take any pictures in the place so I’m going to provide stock photos that I think will give you an idea of the general ambience.]

[Eg this picture might imply that Ossegg was either a glass cube or an Apple Store, but I’m actually just trying to make the point that it was super modern and pretty clinical – and not all that pleasant.]

It’s been a long, long time since I last posted one of my infamous Prague pub reviews. I’m having to stretch my memory as far as I can to recall my August trip to OSSEGG, a bar in the gentrified area around Náměstí Míru.

As my passive aggressive caption implies, the atmosphere at OSSEGG isn’t super welcoming: the classic Czech pub dark colours and permanent twilight were conspicuously absent, and instead customers sit at tall, minimalist tables drenched in daylight from the floor-to-ceiling windows. Personally, it strikes me that twilight is the perfect time to drink beer, and all pubs should attempt to prolong dusk as much as possible. Perhaps this stems from an innate belief that all humans look best in half-light, but I do try and avoid bright lights as much as possible, even going so far as to carry emergency sunglasses in my jacket pocket, lest I be suddenly thrust into some unpleasantly well-lit environs.

OSSEGG is affiliated with its own brewery, and the beer was excellent – particularly if you, like me, are sick of lager. Sure, Czech pilsner is meant to be the king of beer, but once you’ve drunk gallons of the stuff, you tend to crave something darker and ale-ier. The červené pivo, ruby ale, was especially welcome.

Overall, OSSEGG felt a little bit pretentious. For one thing, it self-identifies as a “pivovar a restaurace” (brewery and restaurant) rather than a “bar” (that’s Czech for bar) or the more down-to-earth “hospoda” (pub). I’d give it an unblemished beer mat and a thoughtfully positioned coat stand.

The first stop on what is sure to be a long journey to find a pub I can call home was Gastropub 20 Pip, a narrow bar on Náměstí Míru boasting an impressive twenty beers on draught.

The word “gastropub” fills me with terror, as does the idea of having to choose between too many similar-sounding options, but, not having had a single pint in the 24 hours I’d been in Czechia, I swallowed my fear and headed in. After all, being sober in Prague after 6pm is practically a criminal offence.

The bar decor is inspired by typical Czech pubs – green walls, dark paneling and furniture – but updated to make the space bright and airy; plus, though the pub is narrow, it’s set over two levels and giant windows stop the place from feeling as stuffy as archetypal Czech beer halls.

This beer was acceptably tasty.

It’s probably worth mentioning at this point that my exploration of Czech pubs is as much motivated by a desire to practise my language skills as it by a dependency on alcohol, so I’m keen to avoid places that seem too touristy or where English is spoken more than Czech.

With that in mind, I headed to the bar and attempted to engage in cheerful banter with the bartender.

In her defence, she humoured me as much as she could: when it was obvious from my accented Czech that I was a foreigner, she asked if I’d rather speak English. I clumsily declined, saying I needed to work on my Czech, and, to her credit, she continued to deal with me in Czech, despite the fact that she clearly spoke my language better than I spoke hers.

She also helped me navigate the frankly excessively long menu, picking out a couple of dark beers she recommended and giving me a taste of each. Once I’d paid, I felt too awkward to sit at the tiny bar so I took my pint upstairs and sat down by the window to mull things over.

The beer itself, Albrecht-Marion, a 5.9% ABV Irish Stout, was decent. I’d describe it as “fine” or “alright.”

The setup of tables was definitely more gastro- than -pub, and, perhaps for this reason, there wasn’t a great sense of camaraderie in the bar; it definitely wasn’t the sort of place you’d strike up a conversation with your neighbour.

As you might have noticed, I’m quite firmly set against the concept of gastropubs. It’s not that I think they should be wiped from the face of the earth; I just find the idea of them a little troublesome. I like my pubs to be beer-focused, maybe with some light snacks thrown in as an afterthought. Introducing cutlery into the mix doesn’t help anyone.

Overall, whilst I left 20 Pip feeling that I’d found a slightly-better-than-average place to take visiting relatives, I knew in my bones that this first pub in my Prague Saga was decidedly not a place I could call my own. Impressive beer mat collection aside, it was actually pretty nondescript – it felt pretty mainstream, offensively inoffensive, and definitely not a local.

I award Gastropub 20 Pip two sodden beer mats and a fork with crusty bits on the tines.

How many people have been here before?

This has been a public service announcement.